In September 2008 Sr, Stella- Maris, Jim Flad and Steve Banasak (PLD USA Members) all travelled to Mexico City for a pilgrimage to the Basilica of Our Lady of Guadalupe, Queen of Americans. Pro Labore Dei Mexico was borne during this travel. Sr. Stella- Maris fed the poor and also met indigenes such as Lupita Maria Luisa and Pato who carried on the work and became the founding members of Pro Labore Dei Mexico. 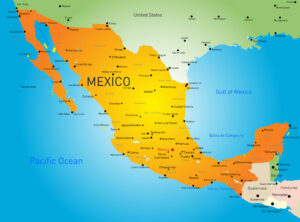 March 2010 Barrister Mrs Ogo Chibututu went to Mexico and as an outcome of her mission hundreds of people were being fed daily on the street of Mexico City. We employed indigenes as well as having indigene member to continue where she left off.

In May 2011, Nancy Nwamu went on mission to Mexico to continue the work .

In October 2013 Pro Labore Dei moved into it own building new the Basilica after renting for years.  The building became a rehabilitation centre, where homeless women and their children find refuge and are able to put their lives together. We help them with all the things they need (clothes, medicine, psychologist, studying).  We provide the homeless with food.

More than 200 families have called Pro Labore Dei house home in the last 7 years.  We now run a rehabilitation centre, where homeless women and their children find refuge and are able to put their lives together.

During Sr. Stella Maris visit to Mexico in October 2017 our Lord led and gave her injunction to feed and to take care of people that live at dumpsite.  We go their every Tuesdays with food, clothes and other items while we discern what else we can do to help improve the lives of the people at the dumpsite.